© Valve Corporation. All rights reserved. All trademarks are property of their respective owners in the US and other countries. Privacy Policy  |  Legal  |  Steam Subscriber Agreement  |  Refunds

The Definitive Edition of the critically acclaimed, award winning open-world action adventure, reworked, rebuilt and re-mastered for the new generation. With all previously available DLC included and a wealth of tech and visual improvements, Hong Kong has never felt so alive.
-85%
$19.99
$2.99
Visit the Store Page
Most popular community and official content for the past week.  (?)
汉化
https://dl.3dmgame.com/patch/51000.html 解压到游戏目录 安装汉化 等提示就行了 注意 （ 下载那个90多m的）
21

咏叹
Jul 5 @ 4:45am
General Discussions
The Censored S*x scene
Can someone tell me which one and where is it? Someone said it got censored from the 2012 version of Sleeping Dogs.
5

Recommended
42.0 hrs on record
Sleeping Dogs: Definitive Edition
Genre
Martial Arts/Open-World
Campaign
Yes
Game length
14 - 38 hours
Difficulty modes
N/A
CO-OP
Nope
- Originally developed under the title of True Crime: Hong Kong, what is now Sleeping Dogs is an open-world action-adventure with the action set in the modern city of Hong Kong, in the middle of a conflict between two different parts of the controlling Triad, Sun On Yee. You play as Detective Wei Shen, an officer sent deep undercover to work for one side of the conflicted Triad Sun On Yee, controlled by the Red Pole Winston Chu. As you get the know the main cast, information about your past will be unveiled, revealing important information about Wei Shen's previous Triad encounters, as he grew up in Hong Kong alongside Jackie Ma, another one of Winston's soldiers.

Story
- As an undercover cop, you will spend most of your time working for different members of the Sun On Yee, constantly meeting new characters and increasing your reputation in the eyes of the Triad leaders. Apart from infiltrating the Triad gangs and doing missions for them, you can also spend your time in Hong Kong as a cop solving different cases that require a man on the inside to gather the information. There are only a few cases to solve and most of them are easily forgettable, but they're fun to do, plus they offer a whole new perspective of the game, allowing you to easily shift between the bad guy and the good guy.

-- The story takes around 18 hours to complete, a journey filled with memorable characters and a plot worth following with a payoff that might be unexpected, yet surprising and satisfying, concluding with an ending that is open to interpretation, giving you the final verdict and decide what to do next in Hong Kong after completing the story. There is no doubt that the story is amazing in its own way, but believe it or not, that isn't even half of the greatness this game brings, as you'll probably spend even more hours wandering around Hong Kong, completing favors, taking part in street races or looking for lockboxes and health shrines. Sleeping Dogs isn't the ultimate open-world experience, but it certainly amazes in its own way, offering multiple ways to spend your time between missions, from playing games like Mahjong Poker to betting on cockfights or participating in fighting tournaments.

Gameplay
- To whoever said there can be no further innovation on the current hardware, Sleeping Dogs is set to prove them wrong, big time; the amount of new and innovating mechanisms packed into Sleeping Dogs is quite surprising, introducing new ways to do things apparently simple, like picking a door or hacking a camera, creating a world in which almost every action in-game requires a certain action on your side. There is so much to mention here, so only a few of the examples would be the bug calibration system that requires both analog sticks to be perfectly aligned with the environmental sound before plating the bug or the camera hacking system that requires you to match the four-digit code in order to access that camera.

-- What is even more fantastic, however, is the combat system, limiting shooting sequences to a few missions only, allowing you to concentrate on pure Kung-Fu melee combat; there are so many moves and combinations that make each encounter feel different, encouraging you to use every maneuver in your arsenal in order to defeat your enemies efficiently. The combat system allows you to interact with the environment too, as you can push your enemies towards a wall, smash their heads on the hood of a car, or doing all sorts of things using the environment around you. In addition to your Kung-Fu moves, you can also use melee weapons like knives or hammers in combat, and disabling enemies using those to later use them yourself to your advantage. The shooting sequences are limited to only a few, yet they're satisfying and perfectly balanced with more Kung-Fu combats, creating an amazing and unique experience that no game could deliver before.

--- There is also an experience system, which rewards you after each and every mission with experience points that will add up to a certain category, in which when you level up you can choose a new ability; completing missions for the Triads will award you Triad experience, while completing missions as a cop will award you cop experience, unlocking upgrades in a different category. In addition to Triad and Cop upgrades, you also earn Face experience for completing certain favors for random people you meet on the street, unlocking face upgrades that are this time more social-oriented, offering things like reduced prices for cars or clothing.

Graphics
- Sleeping Dogs isn't the most advanced game out there graphically speaking, but it's decent and it does a visual impression in its own way. The city of Hong Kong might not be as detailed as it could have been, but it's full of life and action, and that is what really matters. There is always something new to do in Hong Kong, and exploring the map is certainly one of them, as you'll sometimes be amazed at what you can find on the top of an unexplored building.

-- The characters are beautiful and detailed, delivering that drop of personality they need in order to create an amazing and emerging story; the animations are amazingly done on the main cast, but even the secondary characters take advantage of some decent facial animations. There are some visual bugs however, like pedestrians walking inside the concrete, but it's easy to ignore those if you look a moment at how large and detailed the city of Hong Kong really is.

Soundtrack/Audio
- Surprisingly enough, the mixture of Chinese and English in the dialogue works better than expected, delivering great and memorable lines that never cease to amaze. The cast of Sleeping Dogs includes some major names from Hollywood like Emma Stone in the role of Amanda Cartwright, James Hong as Uncle Po or Lucy Liu as Vivienne Lu. Will Yun Lee has been cast as Wei Shen, and needless to say, he delivered the lines with that special touch that made Wei Shen an instant classic character in video games.

-- There are some lip-sync issues that are hard not to observe, since they'll appear in the most important cutscenes in the game, but not in all of them. The soundtrack is simply amazing, always in the mood with the action, while keeping the atmosphere of Hong Kong with some classic songs that will make you shuffle through the radio channels just to listen to your favorite track one more time.

Conclusion
- Sleeping Dogs is without doubt one of the best releases of 2012 and a must-have for any open-world adventure fans, delivering a great story, innovating gameplay, and an astonishing number of additional collectibles and extras. The game offers a superb experience worth playing, but most of all it proves that there are a lot of things that haven't been done with the current hardware before, finding its way into the top of the most innovative gameplay mechanics on the current generation.

All Apartment Decoration Locations
Find All the Furniture, Appliances, and Pets for All your Apartments, Safehouses, or Homes in Sleeping Dogs: Definitive Edition.
58 ratings 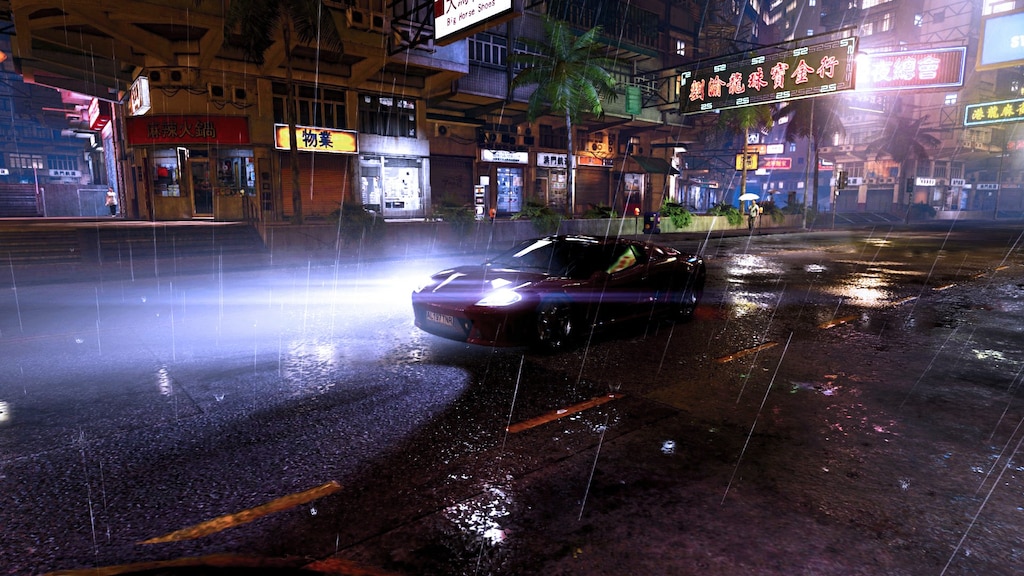 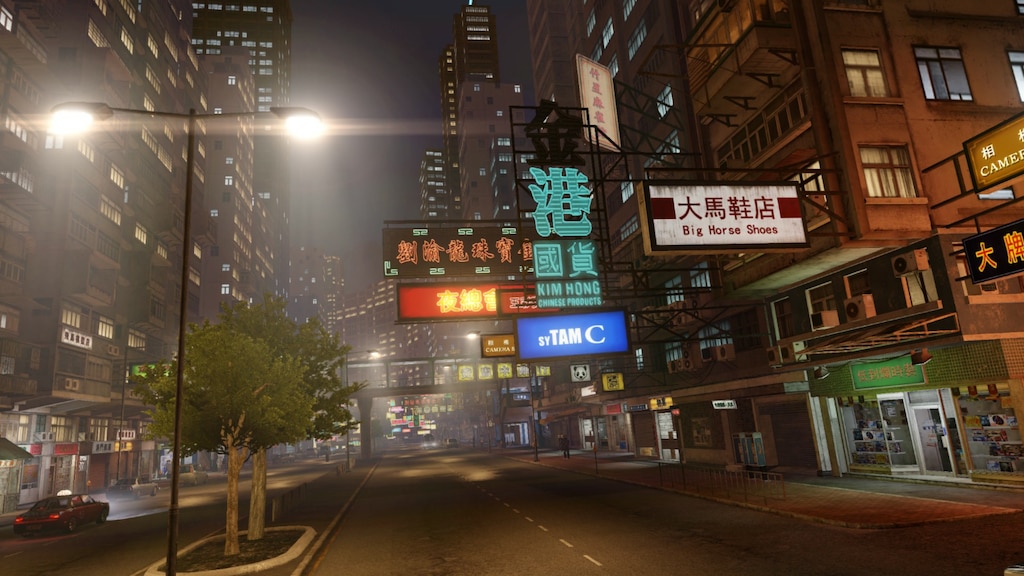 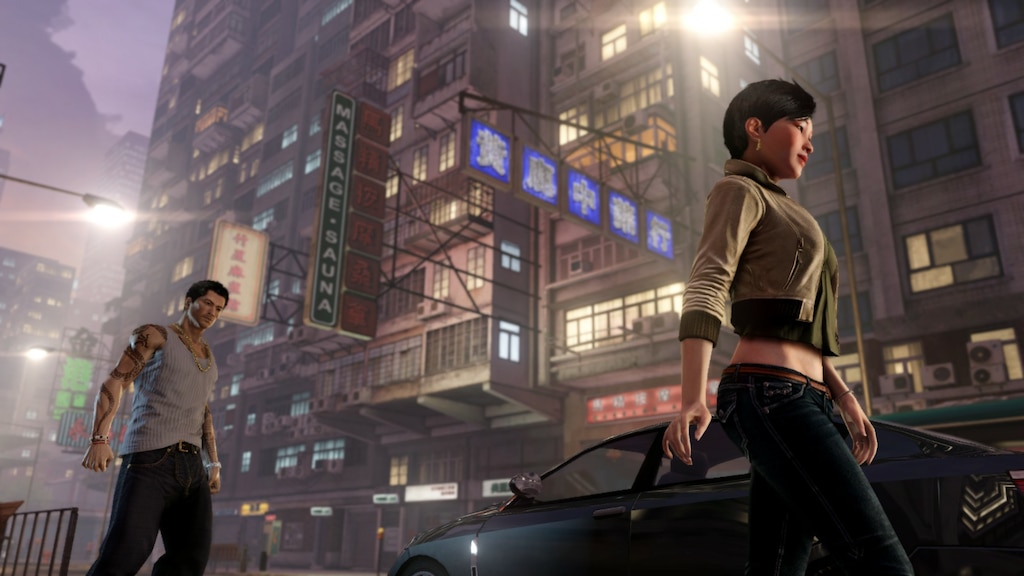 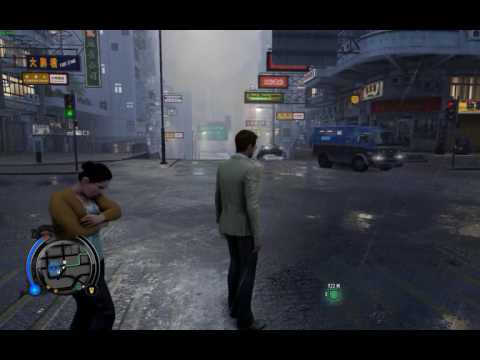 Recommended
68.2 hrs on record
Sleeping Dogs is an action-adventure game in which you play as Wei Shen, a police officer who infiltrates the Hong Kong mafia universe.

Sleeping Dogs allows players to perform an array of martial arts moves, singlehandedly taking on numerous enemies. Although it is not a perfect game, the title has an interesting storyline and a highly functional combat system. Visually, Sleeping Dogs is very smooth and full of details.

Sleeping Dogs is a majestic production that shows and makes the player actively participate in oriental culture.

Recommended
1.6 hrs on record
just admit it that you take right side of the road 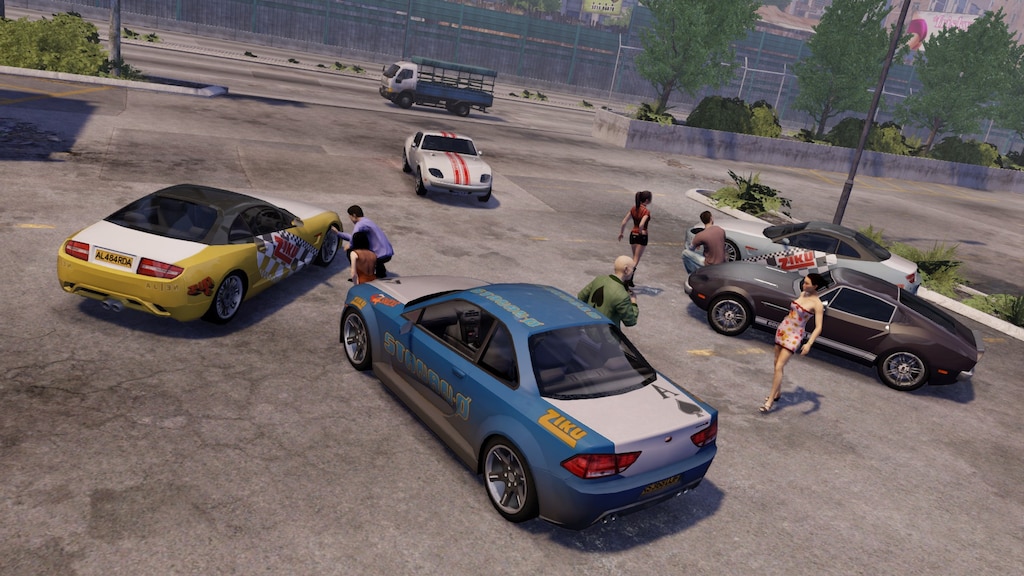 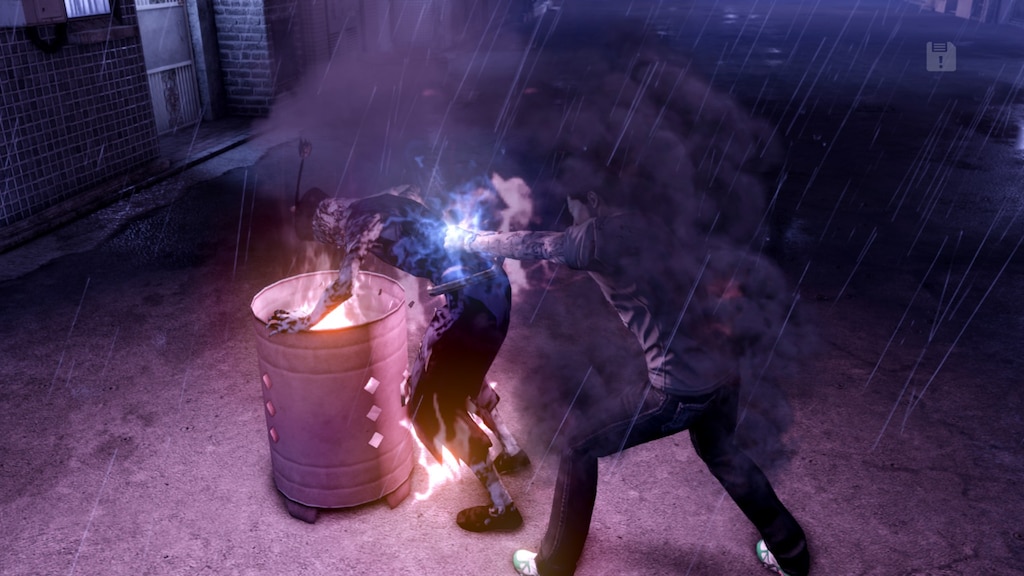 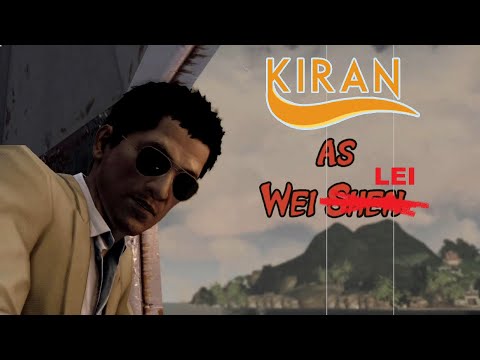 0
0
Some filter to a great image 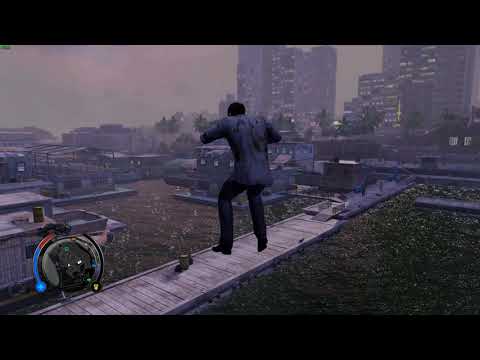 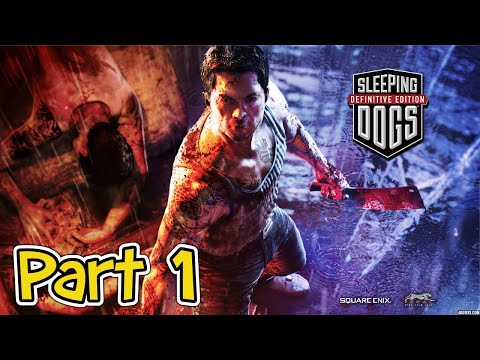 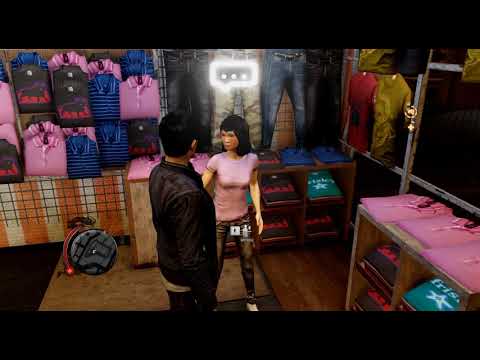 Scorio
View all guides
This game is beautiful
Playing this game for first time and it's amazing it's lot more fun than GTA V Has amazing combat, Parkour,damage mechanism. I hope we see a part 2 Kojima outdid himself Also how to fill the yellow meter thing ?
13

How to fix FPS problems!
This guide will show you how to fix your unstable FPS on Sleeping Dogs Definitive Edition!

Mr Blonde
View all guides
Save Data Gone?
Hi all, I uninstalled this game after nearly beating it, and today I reinstalled it, only to find that my progress is gone. Is there any way I can salvage it? Thanks.
1

Returning to where you were last on this page...
Cancel