© Valve Corporation. All rights reserved. All trademarks are property of their respective owners in the US and other countries. Privacy Policy  |  Legal  |  Steam Subscriber Agreement  |  Refunds

Mafia II: Definitive Edition
If you're experiencing any issues with either game, please let us know at https://support.2k.com/. Read the complete patch notes for both games at https://mafiagame.com/news/mafia-patch-june-2020/.

Mafia II: Definitive Edition
781
95
About the Wanted posters..
So how come all the people on the wanted posters are migrants or something? They all have like names that are very non-typical for americans.. did migrants commit like all the crimes in Empire City or did the devs use their own names, they sound like they could be chezch maybe...
4

Patrick M. Bateman
12 hours ago
General Discussions
No Sale, really?
Man was really hoping to get my hands on Mafia 2 during the summer sale, now seeing mafia is excluded for discounts, a real letdown to all the steam customers.
11 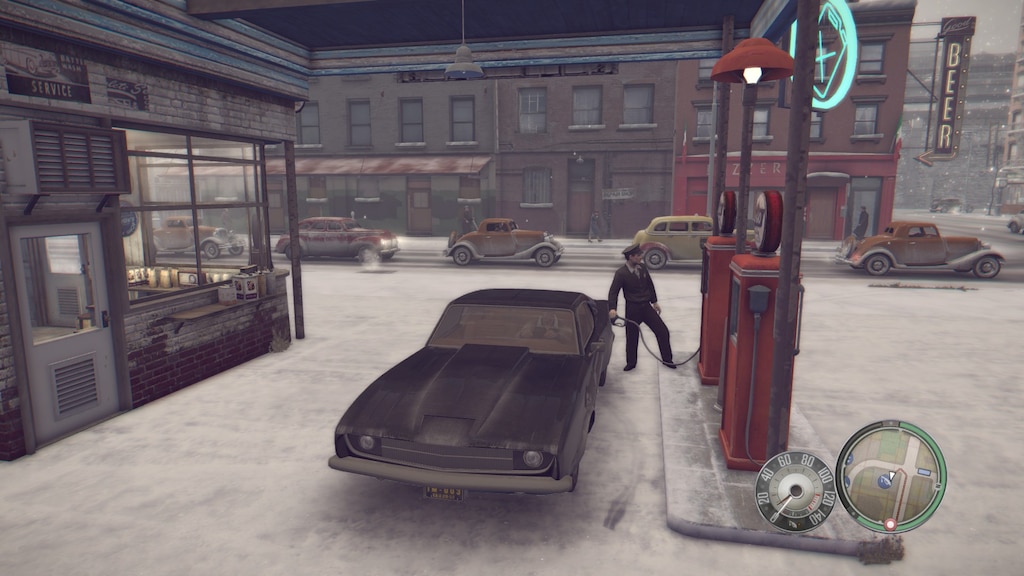 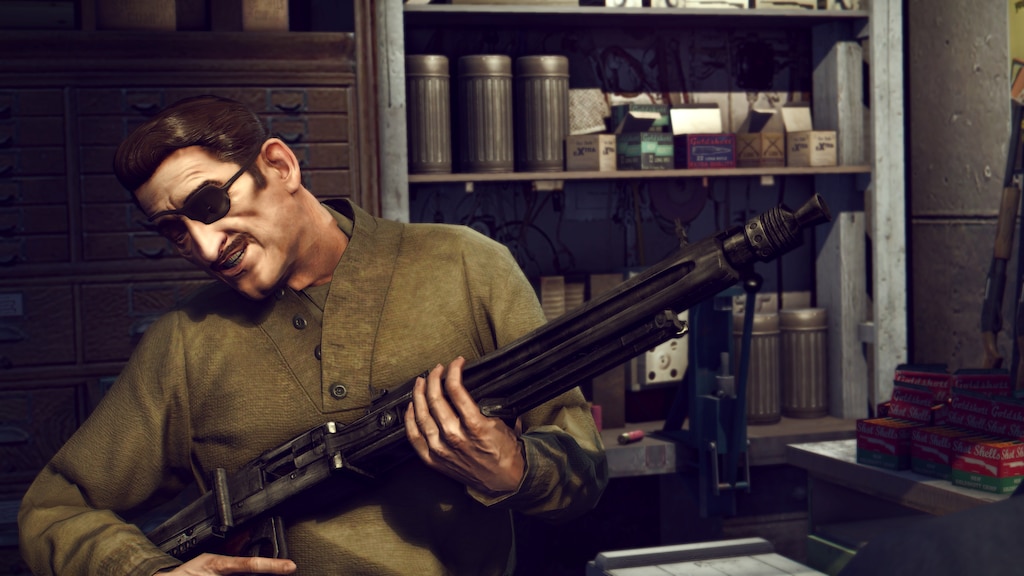 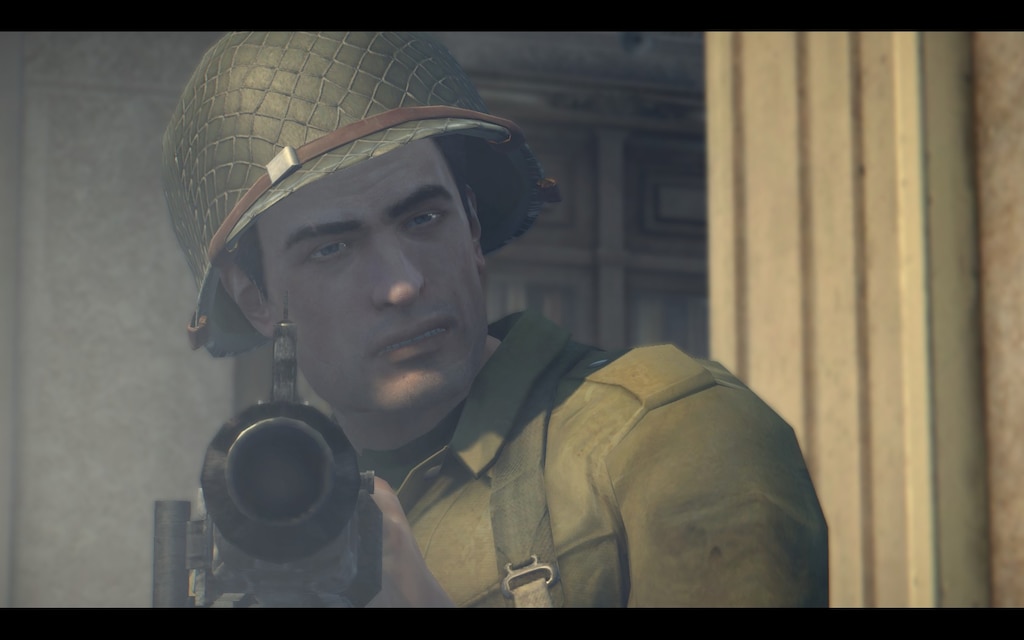 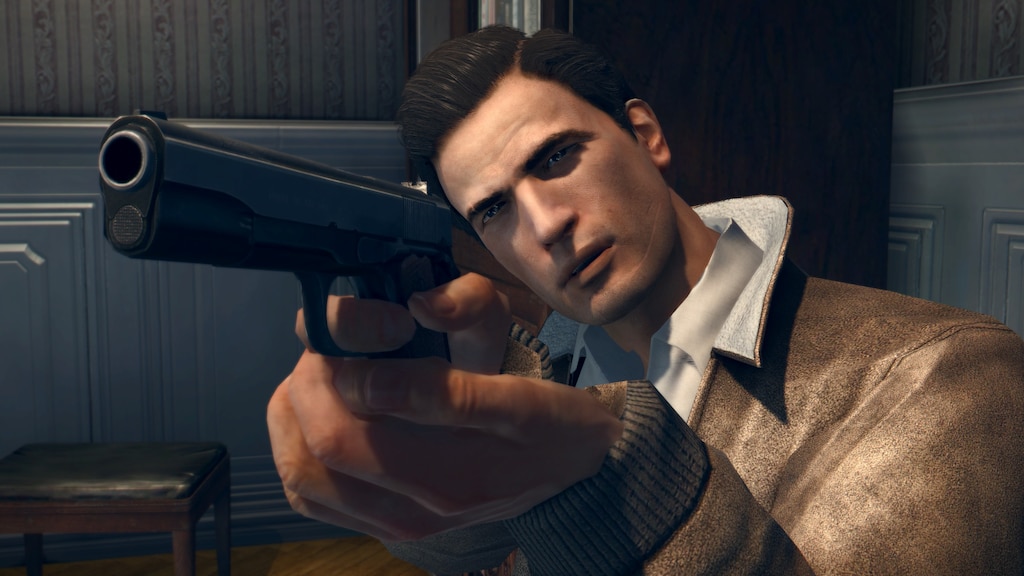 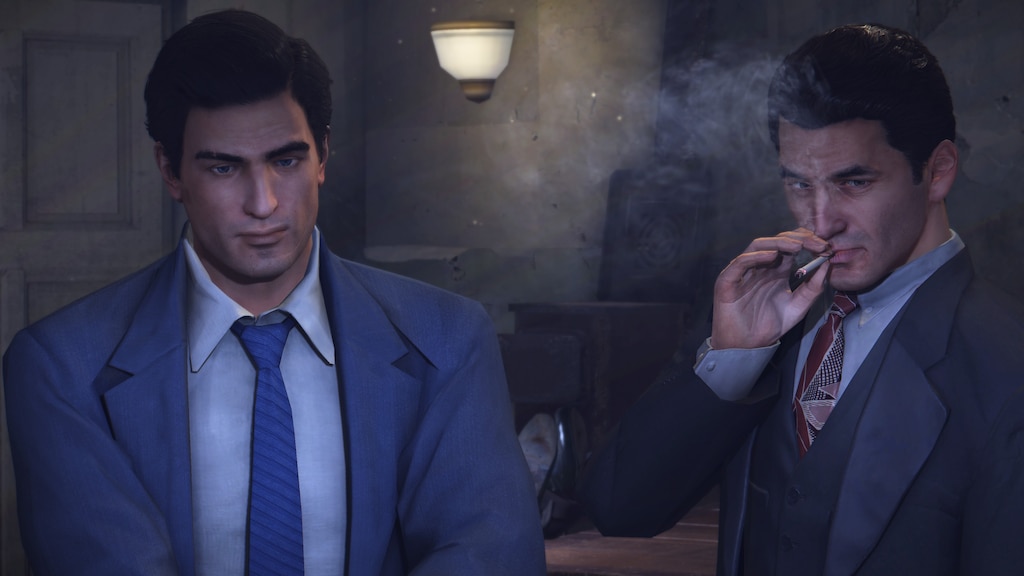 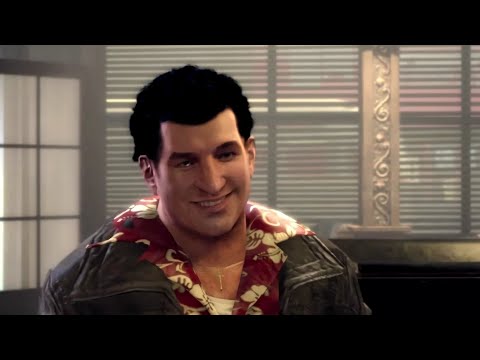 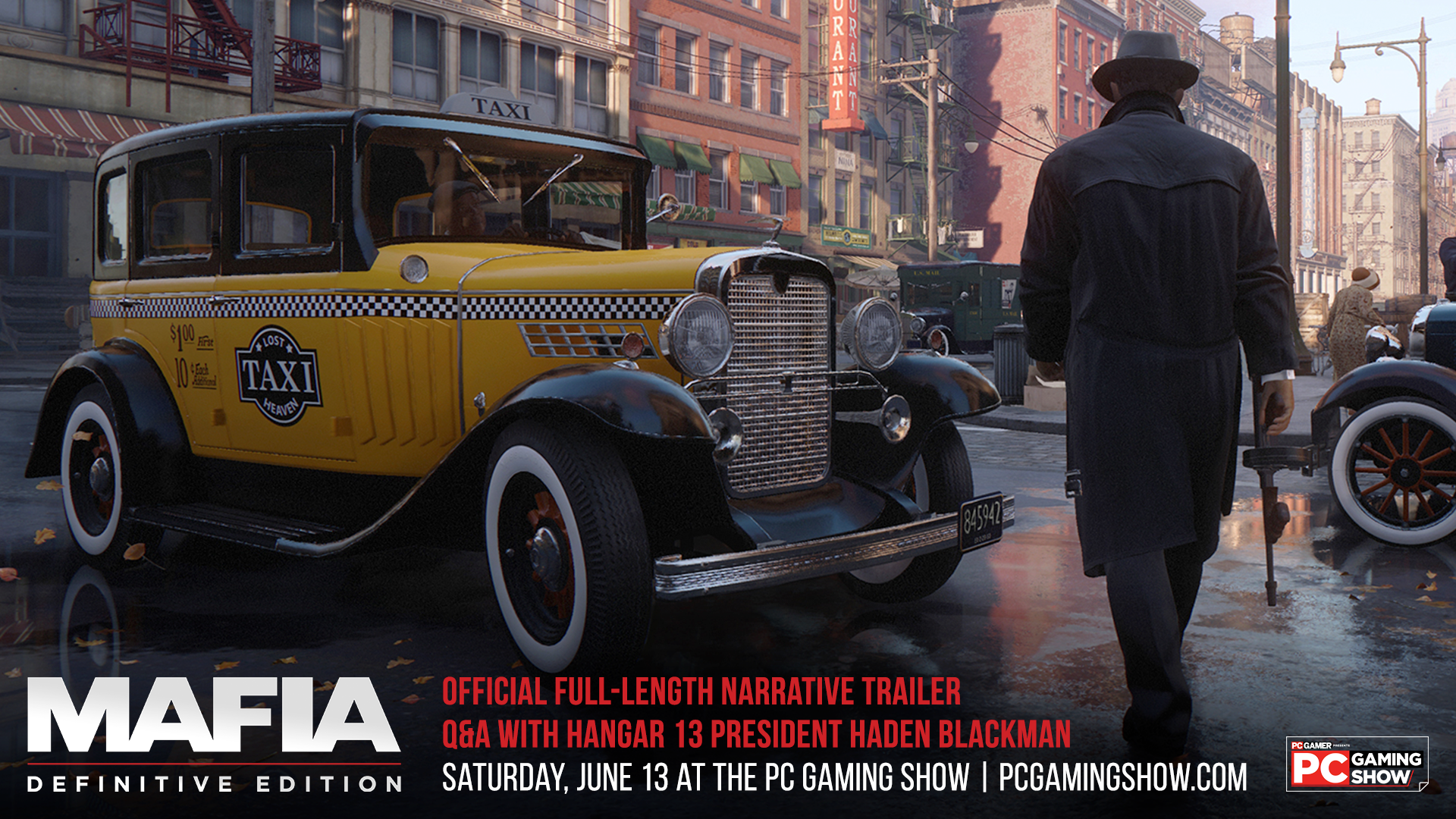 Recommended
12.4 hrs on record
Story is great but graphic looks like Mafia 2 Classic

Recommended
42.9 hrs on record
Not sure about graphics - but sure they remastered all the bugs xD

It's still Mafia 2 though.
So if you haven't played it yet - go for it.
It's worth the money (maybe with discount).

Recommended
30.4 hrs on record
Product received for free
🚨[𝐐𝐮𝐢𝐜𝐤 𝐫𝐞𝐦𝐢𝐧𝐝𝐞𝐫!]🚨
I have already written a review of Mafia II back in 2013.
Then rewrite it in 2015 and again in 2018, I might update it in the future but please take a look at it since this review is only about the Definitive edition
⚠️[𝐐𝐮𝐢𝐜𝐤 𝐍𝐨𝐭𝐞!]⚠️
Mafia II: Definitive Edition is a R E M A S T E R, not a Remake.
So stop comparing the first game's Remake and Mafia II's remaster. The whining is like a bunch of kindergarten kids crying over some recess punishments. Jesus Christ...

Anyways, here's the initial review of this remaster! 🎉
𝘞𝘩𝘢𝘵 𝘸𝘰𝘶𝘭𝘥 𝘺𝘰𝘶 𝘦𝘹𝘱𝘦𝘤𝘵 𝘧𝘳𝘰𝘮 𝘪𝘵, 𝘸𝘩𝘢𝘵'𝘴 𝘵𝘩𝘦 𝘥𝘪𝘧𝘧𝘦𝘳𝘦𝘯𝘤𝘦??
Well there lil fella, I'll tell you all of it on this review!

=𝙁𝙞𝙧𝙨𝙩, 𝙏𝙚𝙭𝙩𝙪𝙧𝙚𝙨 🌇
The Textures have been beefed up, a lot.
One thing you'll notice is the textures, almost all of the game's textures have been reworked and remastered!
Especially during the first 5 chapters during the 1940's winter setting, even the sidewalk has been remastered to bring a lot of immersion within Empirebay.

=𝙎𝙚𝙘𝙤𝙣𝙙, 𝙑𝙞𝙨𝙪𝙖𝙡 𝘾𝙝𝙖𝙧𝙖𝙘𝙩𝙚𝙧 𝙙𝙚𝙨𝙞𝙜𝙣𝙨 🕴️
They put a lot of work on each of the characters, redesigning their faces and added facial hair! Most of you people have seen graphic comparisons within cutscenes.
One example is how Mr. Pappalardo's face looks more natural than the one from the last decade, which hasn't aged very well and looks more like he has a drawn mustache on his plastered face.

=𝙏𝙝𝙞𝙧𝙙, 𝙂𝙧𝙖𝙥𝙝𝙞𝙘𝙖𝙡 𝙨𝙚𝙩𝙩𝙞𝙣𝙜𝙨 ⚙️
They updated the settings and added a custom FPS cap which is mostly needed in ALL games from the start.
Aside from that, the settings are pretty straightforward and on Ultra, the game looks absolutely fantastic!
Especially during nighttime where the streetlights shine down at the streets.

=𝙁𝙤𝙪𝙧𝙩𝙝, 𝙎𝙤𝙪𝙣𝙙𝙨 🔊
I'm glad the radio soundtrack hasn't been changed, which is a huge relief since other companies change their soundtracks because of some Bull*#@! contracts or paperwork. [I'm talking to you Rockstar]
But over here, we got all of the songs just like in 2010!
But wait! there's more!
The weapon sounds and other sound effects have also been remastered!
Which for the most favorite game of all time, I'd say that they did an outstanding job with that!

=𝙁𝙞𝙛𝙩𝙝, 𝘿𝙇𝘾'𝙨 ➕
I have nothing much to say about this, I just got ALL of the DLC's for free!
I didn't want to get Jimmy's Vendetta but eh who cares? I won't complain about something that I just got for free. Well, not just me but EVERYONE who owns Mafia II.
I suppose within the Def. Edition, you will get all of the DLC's which is pretty dope!

=𝙇𝙖𝙨𝙩𝙡𝙮, 𝙏𝙝𝙚 𝘾𝙤𝙢𝙢𝙪𝙣𝙞𝙩𝙮 👥
They heard, they cared and guess what?
They freaking patched the game with bug fixes!
Which shows that they care about our voices and suggestions. Before the patch, the game was a little buggy such as, I couldn't get all of the achievements which was quite disappointing.

In conclusion, if you buy this you will also get the Original game + all of the DLC's which is a win-win for all of us.
So I'd recommend buying this Remaster since it is what it is, a fresh new coat of paint over the old one dried one.

Maybe one day a Remade will be made for this in the far future, but who knows. 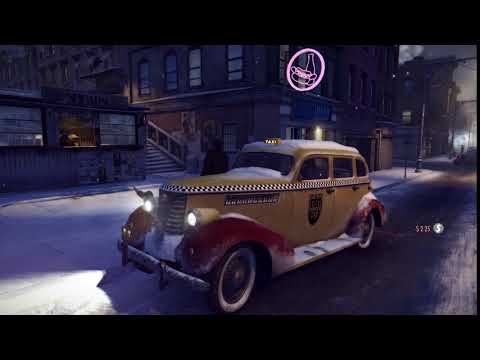 0
2
THIS GAME IS DEFINITELY NOT BUGGY 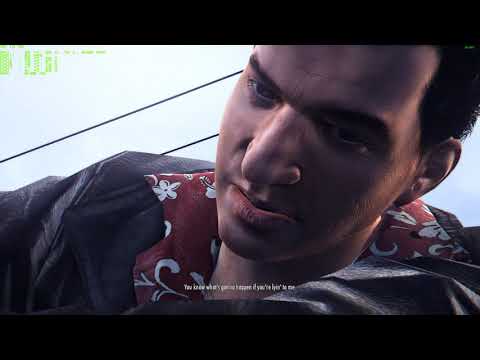 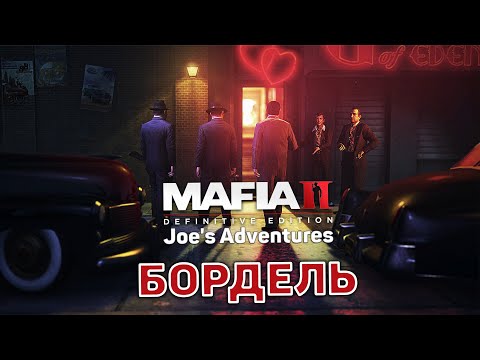 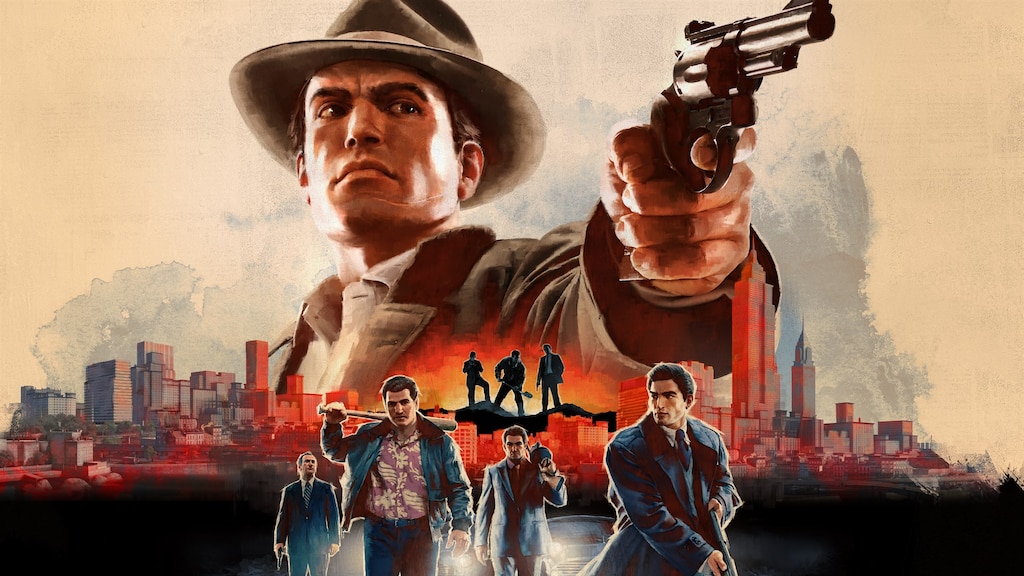 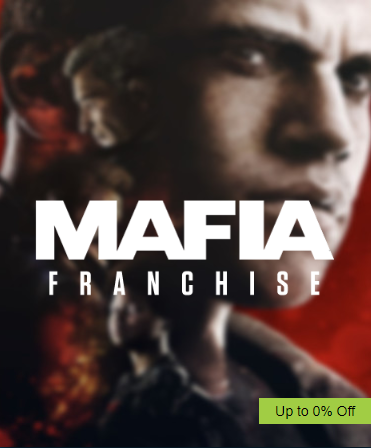 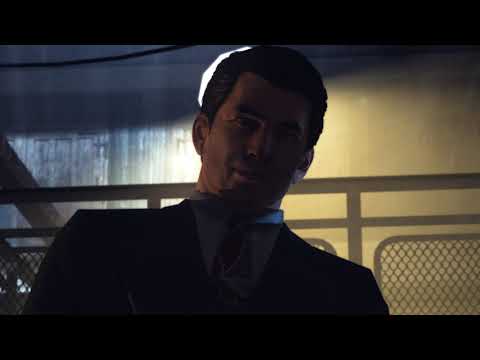 Lil'Orange
View all guides
Bugs, annoyances, fun breaker, things that should get fixed
I loved Mafia II 2010 and as i heard there will be coming remakes for all three Mafia games, i did a research about them and found out i got Mafia II Definitive Edition for free! So i read comments, and critics about bugs, errors, annoyances, performance issues and so on but i wanted to try but i really had fun playing it! YES i really had! I can forgive bugs and problems if they are not badly game breaking. And because i wanted to know if there are really so much problems with this game i decided to make ...
13

Aaskereija
12 hours ago
General Discussions
Weird Frame Drop In Chapter 8
I'm noticing some very strange sudden FPS drops in certain parts of the game. Two in particular that were really bad. One was in Chapter 5 when you're in the wine building gunning people down, and now in Chapter 8 when you start shooting at the Greaser's cafe. I get 80-90 FPS regularly throughout most of the game, but in Chapter 5 it was suddenly dropped to around 40 and in the Chapter 8 scene it dropped all the way to 20! 20 FPS on a RTX 2070 Super? Yikes. Why does this happen? Do you think it's becau...
1

Returning to where you were last on this page...
Cancel